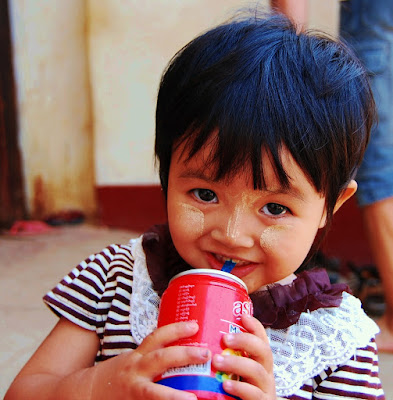 During our week in Burma (or Myanmar), I was asked repeatedly to take a stranger's photo with my camera, or to pose with a stranger for photos with both of our cameras.  It's like Burma--one of the more isolated countries in the world --is a nation of aspiring fashion models.  However, the Burmese have a lot to learn if they want to be true fashion models: they were far too friendly, and no one ever asked us for money!  Of course, we were more than happy to oblige the photo requests, and to request a few of our own.  Click the link to see a sampling of the portraits. 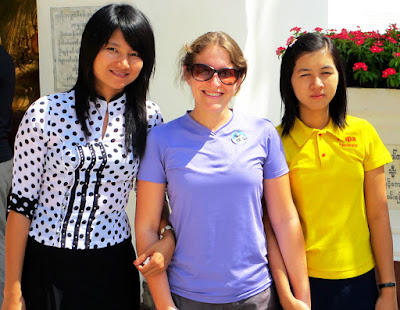 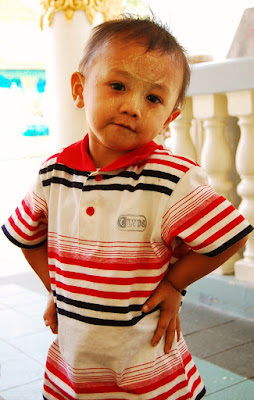 Here is a young fella who already has learned to strike a pose for the camera. 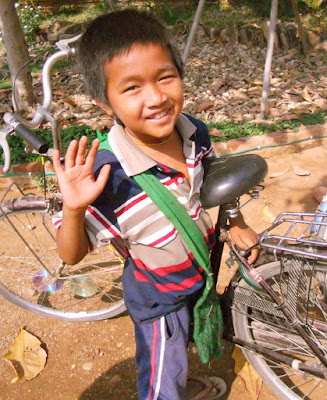 This guy followed us on his bike (which was an adult-sized bike) for an afternoon. 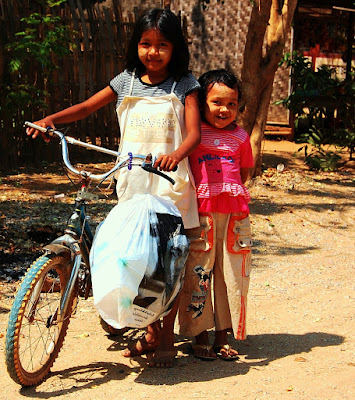 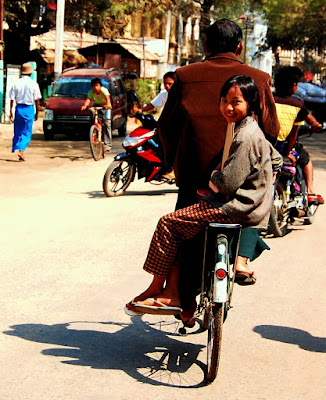 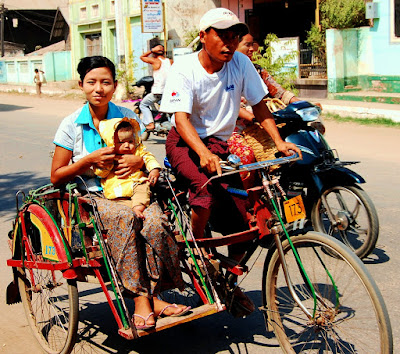 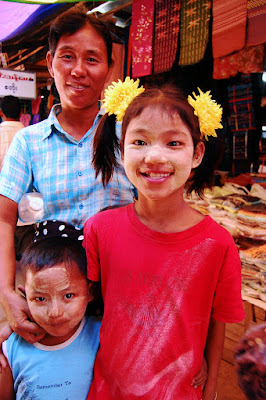 The yellowish-white paste visible on the faces of many Burmese women and children (but not men), is called Thanaka.  Thanaka is a paste made from ground bark, which has a scent similar to sandalwood and provides a cooling sensation and is believed to provide protection from sunburn. 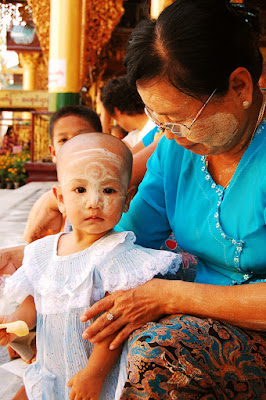 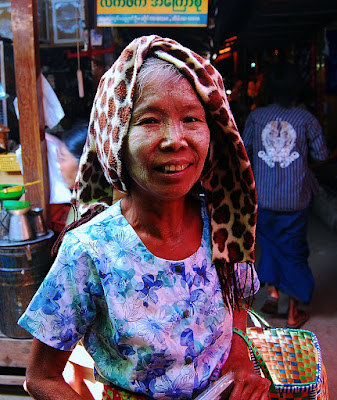 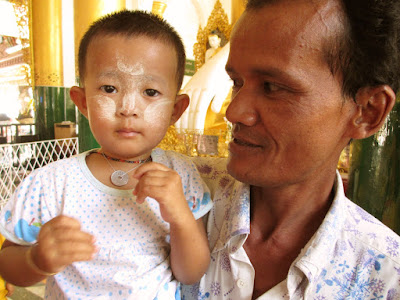 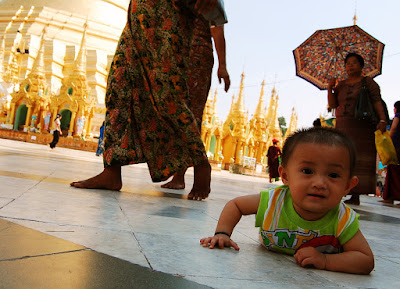 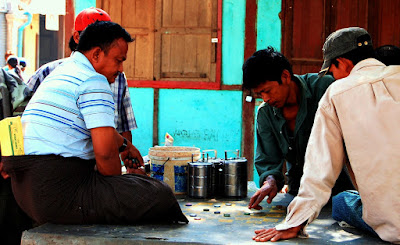 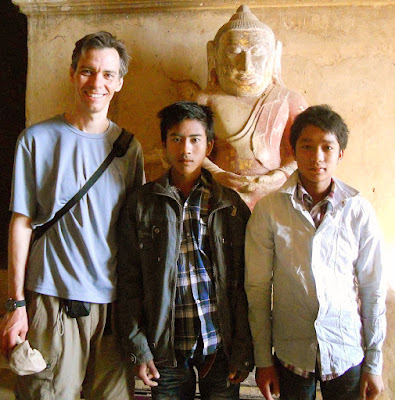 Here are a couple of kids who asked to have their photo taken with me, but then looked less-than-thrilled in the photo. 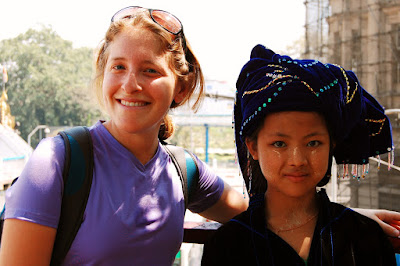 Here's a kid who flagged Beth down on the street and asked to take a photo with Beth. 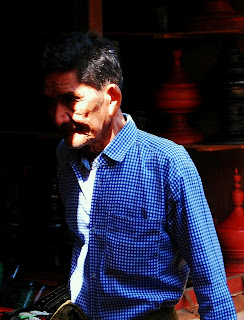 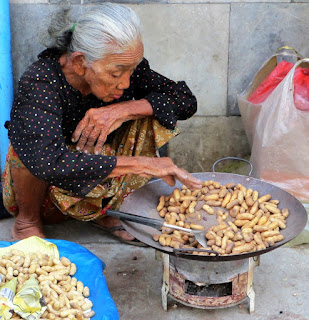 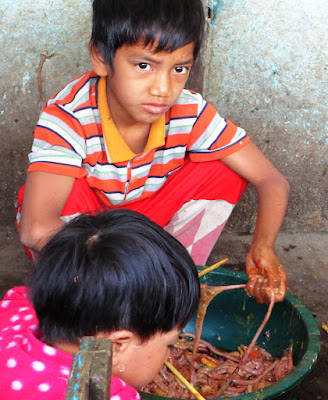 This kid was sorting pig entrails. 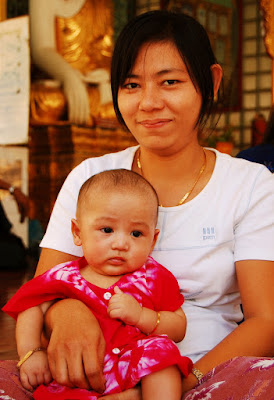 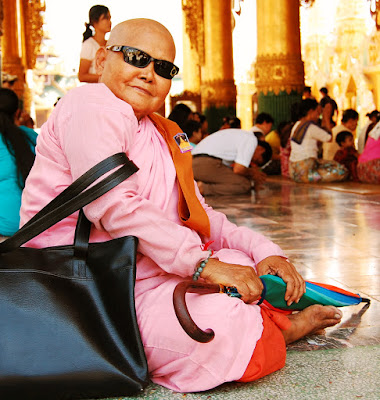 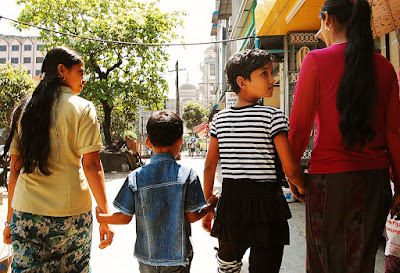 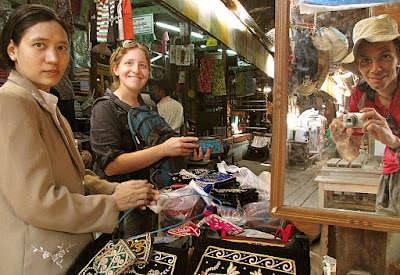 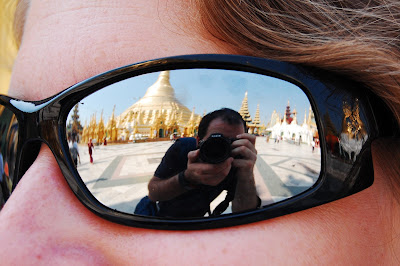 Nick and I have been sharing our photos on this trip, and I have definitely been getting the better end of that deal.  Nick is a great photographer, and many of these shots were taken by him.  Thank you, Nick!
Posted by Jason at 10:07 PM