The Philippines and the "Curse" of Happiness 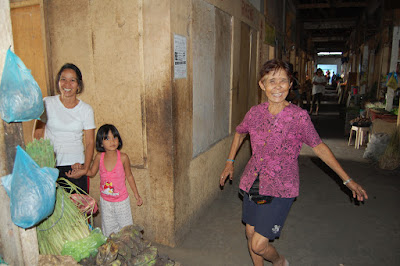 On a domestic flight in the Philippines, my seatmate, who was born and raised in Hong Kong, explained that in the 1960's, Manila was seen as the most advanced Asian city, more modern than Singapore, Hong Kong amd Bangkok.  How things have changed ... or in the case of Manila, not changed.  The infrastructure and economy have stagnated.  When I asked him why he thought this was the case, I expected him to talk about the political corruption which has plagued the country.  Instead, he said: "Filipinos are too happy.  If things go wrong, they just smile and no one fixes it.  In Hong Kong, we are always dissatisfied.  Even when things are going well, we want to improve them."  Click the link to read more about the Philippines' "happiness problem." 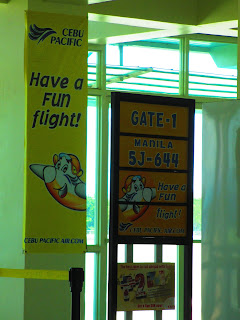 In the Philippines, lack of punctuality is almost a source of national pride.  The Filipino airline Cebu Pacific has had one of the worst on-time records in the worldwide airline industry for years.  But Cebu Pacific's motto is not "arrive on time"; the motto is: "Have a fun flight!"

On every Cebu Pacific flight, the crew plays a game over the loud speaker.  On three of the Cebu Pacific flights I've been on, the game involves singing by either the crew or the passengers.  Above, you can hear Nick's performance on a flight from Puerto Princesa to Manila.  But if you're looking for the crew to serve you a free glass of water after singing, fly a different airline. 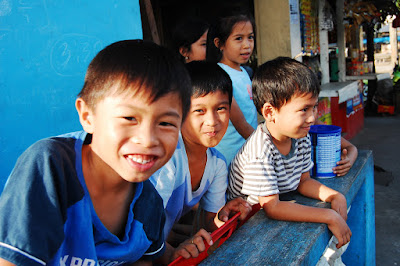 A nationwide survey conducted a few years ago by the Philippine National Health Department found that 30% of adult couples in the Philippines are not aware that having sex can result in having a baby.  The same study found that only 30% of adult couples use any form of contraception.  (The church in this Catholic country officially discourages the use of contraceptives.)  Guess which country has the fastest-growing population in Southeast Asia?  In order to understand how important family and community is to Filipinos, you only need to know that in the native tongue, the word for "lonely" is also the word for "unhappiness." 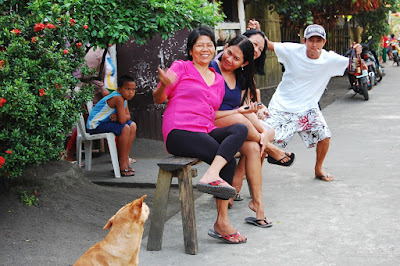 I was in an airport in the Philippines, looking out the window at a fellow whose only apparent job is to arise from a chair a few times a day and shoo away the stray dogs from the runway before any airplane landing or take-off.  I asked a security guard why they didn't just put a fence around the airport.  He pointed to the dog-shooer and responded, "But then he would have no job."  It reminded me of the Hong Kong guy who told me that the reason for the stagnation of the Filipino economy is that Filipinos are too happy.  As far as reasons for economic stagnation go, "being too happy" seems better than most.
Posted by Jason at 10:54 PM